Welcome to the Episcopal Church—a community of faith that seeks to respond to the Gospel of Jesus Christ in word and deed. The Episcopal Church is the Province of the Anglican Communion in the United States, Cuba, Haiti, Puerto Rico, Micronesia, Taiwan, Colombia, Dominican Republic, Central Ecuador, Honduras and Venezuela. As of 2022, it is a church of 1.8 million baptized members making it the fifteenth largest Christian denomination in the U.S. In keeping with Anglican tradition and theology, the Episcopal Church considers itself “Protestant, yet Catholic.”

The church was organized shortly after the American Revolution when it was forced to separate from the Church of England, as Church of England clergy were required to swear allegiance to the British monarch. It became, in the words of the 1990 report of the Archbishop of Canterbury’s Group on the Episcopate, “the first Anglican Province outside the British Isles”. Today it is divided into nine provinces and has dioceses outside the U.S. in Taiwan, Central and South America, the Caribbean and Europe. The Episcopal Diocese of the Virgin Islands encompasses both American and British territory. 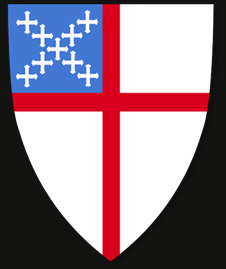 Isn’t it time for religion with relevance? Watch and share this new powerful message from the Episcopal Church.

The Episcopal Church was active in the Social Gospel movement of the late nineteenth century. Since the 1960s and 1970s, it has opposed the death penalty and supported the civil rights movement and affirmative action. Some of its leaders and priests marched with civil rights demonstrators. Today the Church calls for the full civil equality of gay men and lesbians. Most dioceses ordain openly gay men and women; in some, same-sex unions are celebrated with services of blessing. In 2009, the Church’s General Convention passed resolutions that allowed for gay and lesbian marriages in states where it is legal. About all those issues, individual members and clergy can and do frequently disagree with the stated position of the church. A favorite expression among Episcopalians is that “we are united in our diversity” -not only in terms of individual and group characteristics, but also in terms of our wide range of opinions about all topics. At least, that is what we strive for!

The Episcopal Church ordains women to the priesthood as well as the diaconate and the episcopate.

Our current Presiding Bishop, the Right Reverend Michael Curry, is the first African American to serve in that capacity in our church, and his predecessor was the Right Reverend Katharine Jefferts Schori, the first female primate in the Episcopal Church and in the Anglican Communion.